QuadraLean Non-Stim – created by the well-known brand RSP Nutrition – uses a completely natural formula to tackle all aspects of weight management. And, as the name suggests, it doesn’t rely on stimulants to do it! Targeted towards both men and women, QuadraLean promises an all-in-one supplement that’ll help you burn fat and lose weight, whilst preserving lean muscle mass and giving you an extra kick of energy.

But, without the help of stimulants like caffeine, can this fat burner really be as effective as other stimulant-inclusive fat burners on the market?

Here at Spot Me Girl, we’re ready to unpack QuadraLean Non-Stim, to uncover its benefits, ingredients and how it works to determine its effectiveness in weight management.

Read on to find out more!

Pros and Cons of QuadraLean Non-Stim

We think it’s really great to see a fat burner without stimulants in the formula. Without those substantial caffeine inclusions, you don’t have to worry about any of the side effects that come with taking too much, like nausea, insomnia or jitters. That being said, caffeine does have a lot of benefits to weight management, which is why it is used so often in fat burning formulas, so we do wonder whether the effectiveness of this fat burner will suffer from excluding it altogether.

Let’s have a look at the core ingredients of QuadraLean Non-Stim and find out! 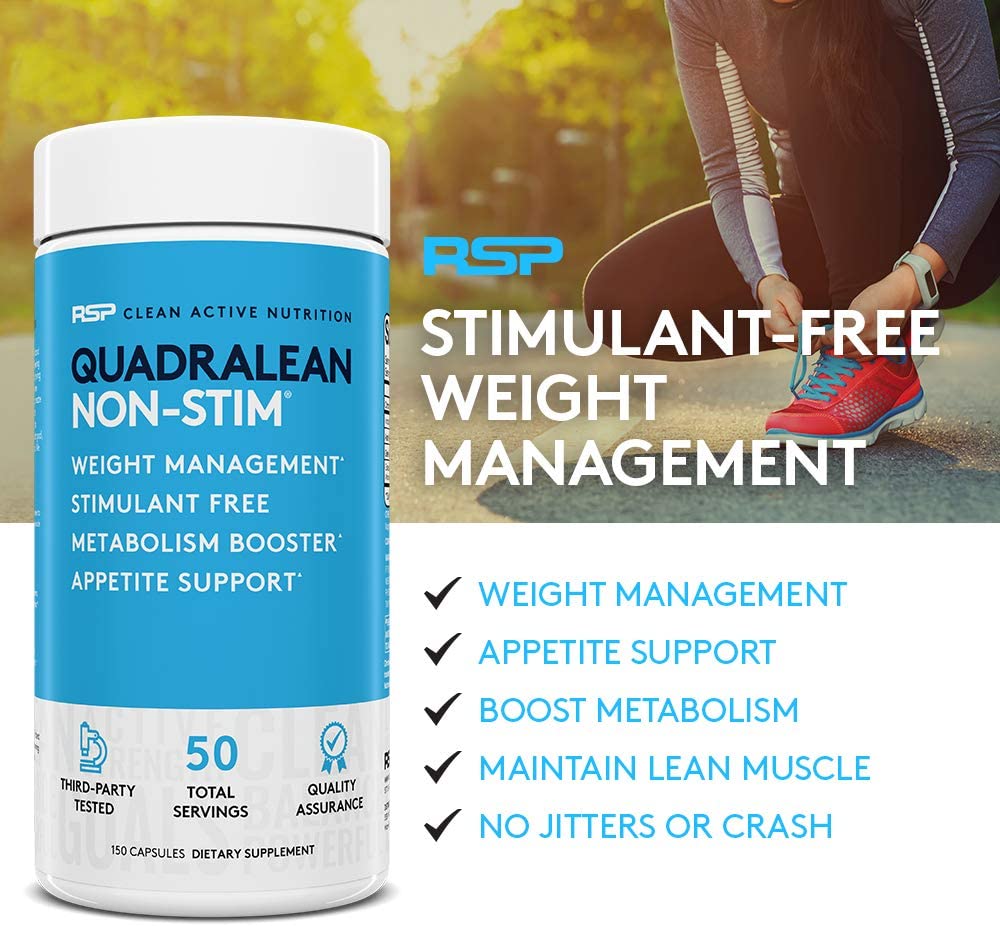 How does QuadraLean Non-Stim work?

QuadraLean Non-Stim works to address 4 key factors of weight loss: improving energy levels with better athletic performance, supporting hunger control, increasing your metabolism and burning fat for good. Without the help of strong weight loss aids like caffeine, QuadraLean has brought together a more creative set of ingredients in the hope of achieving the same level of effectiveness as other stimulant-inclusive fat burners on the market.

But the ‘clean’ energy formula in QuadraLean promises to provide exactly the same boost as caffeine would – without any nasty side effects.

What are the benefits of taking QuadraLean Non-Stim

Using a number of thermogenic ingredients like green tea, grains of paradise and CLA, you could see a vast improvement to your metabolism and, with that, comes more calorie burn. By heating your body and speeding up your metabolism, it stimulates your body to work faster and break down more fat.

Some of the ingredients used have got appetite-suppressing abilities. This could be key when you’re in a calorie deficit as we all know the temptation to stick to a lower calorie diet – without snacking – can be really tough, especially at the start. So, by putting a plug in your hunger, you won’t feel as many cravings for unhealthy foods and can stay on track to reducing your calorie intake per day easier.

QuadraLean have relied on a gentler approach to boosting energy. Because it’s obviously stimulant free, you could end up suffering from fatigue if you’re on a lower calorie diet. However, using brain-enhancing and energy-fueling ingredients like Acetyl-L-Carnitine Hydrochloride, it hopes to achieve that same level of alertness, concentration and energy that you’d find in stimulated fat burners – without the risk of side effects caused by caffeine.

Despite the lack of caffeine, some ingredients like CLA and Acetyl-L-Carnitine Hydrochloride seem to have similar benefits when it comes to improving work outs. Increasing muscle mass and improving concentration could be great contributions for pushing yourself harder in workouts. Plus, faster recovery time might be a savior if you’ve recently ramped up the training regime! 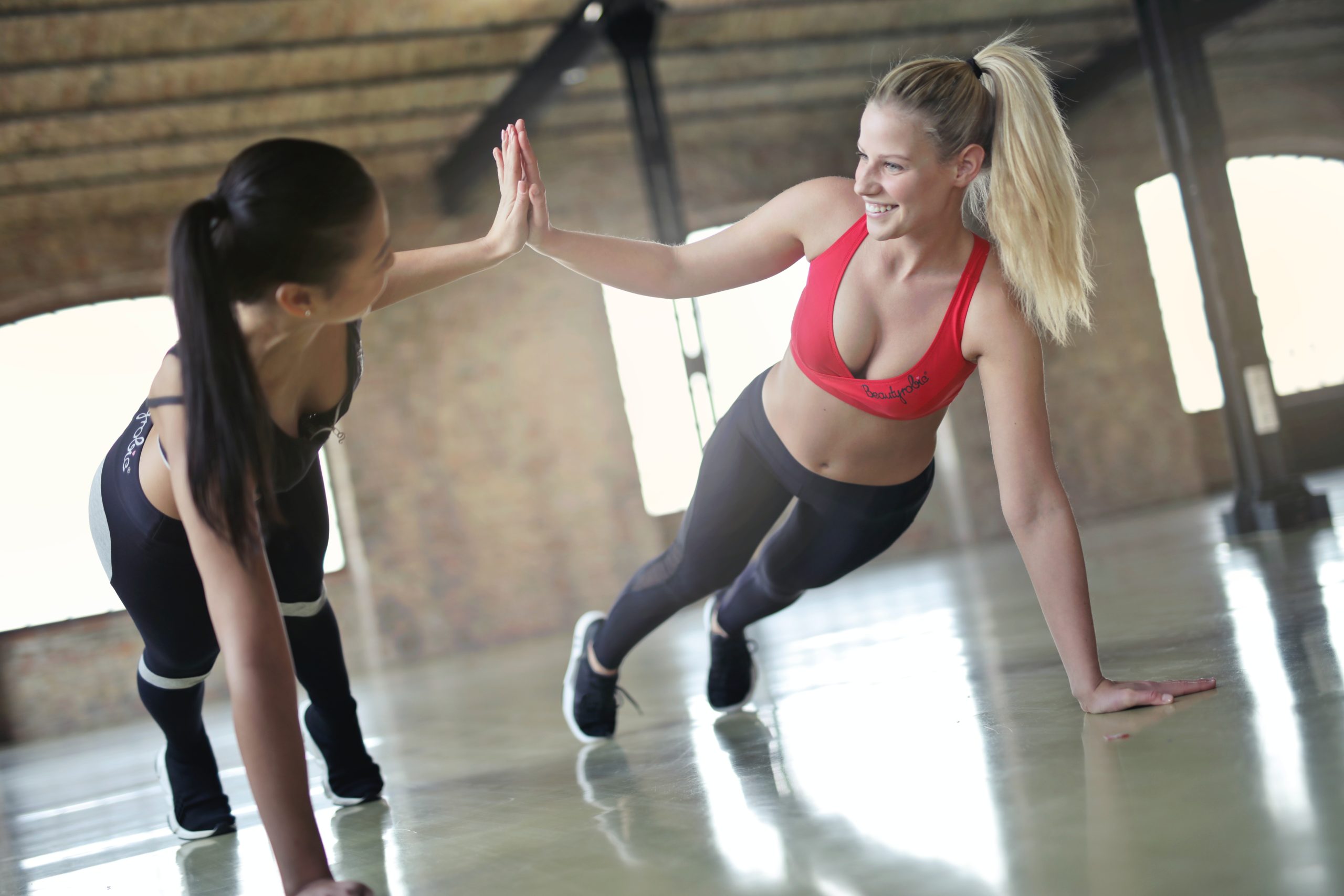 How to take QuadraLean Non-Stim

You should take 6 capsules per day as your total daily serving. The first 3 are best consumed on an empty stomach 30-60 minutes before breakfast. The second 3 should be taken later on, before mealtimes.

They recommend if you’re working out, that you should take your serving beforehand to increase exercise potential.

It’s strongly advised to not exceed the 6-capsule dose in a 24-hour period.

QuadraLean Non-Stim results – before and after

We struggled to find before and after pictures for this supplement which could suggest it’s new to the market so it’s not had chance to permeate it yet, or that people haven’t seen significant enough results to justify a picture.

QuadraLean Non-Stim reviews – what are other people saying?

When you look across various websites, the reviews are very mixed. For some, it’s been highly effective to their fat burning progress, whilst others either sit on the fence or find it completely useless for them. 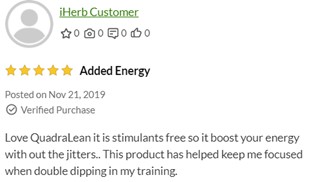 Does QuadraLean Non-Stim have side effects?

From what we can see, there are small side effects which you should be aware of. Because green tea does have caffeine in it at a low level, we still believe you should err on the side of caution when taking QuadraLean, especially if you’re sensitive to caffeine.

When we’ve read reviews across the web, some people reported the metabolism-boosting ingredients caused upset stomachs and cramps so if you do start to feel any of these symptoms, stop taking QuadraLean immediately and consult your doctor.

To be honest, most fat burners center their whole formula around increasing your metabolism so, if you do have a sensitive constitution, we’d suggest doing your research and possibly choosing another supplement instead to avoid any unpleasant side effects.

Overall, we think QuadraLean Non-Stim has many good qualities that could contribute towards healthy weight loss. Without the strong arm of caffeine, many fat burners can prove a whole lot less effective than their stimulant-inclusive counterparts.

Judging by the collection of positive reviews we’ve read, it does seem like QuadraLean have got it right for quite a lot of people, who have noticed significant fat loss, which is really positive. For other consumers, however, they felt it to be a waste of time and money as they didn’t see any results at all.

For us, we feel like it’s really missing that strong appetite suppressor to well and truly kill off cravings and help you stick to a lower calorie diet. In a fat burner without caffeine, the likelihood is you’ll feel groggy and fatigued without that stimulant boost, when you’re on a calorie deficit. So, by adding a well-researched appetite suppressant like glucomannan for example, you could really see a difference in your ability to keep active whilst sticking to your diet.

We think other aspects which could benefit QuadraLean would be adding more cognitive boosters like 5-HTP or B vitamins to help lift your motivation and mood so you can keep progressing on your weight loss journey in a more content and happier mindset.

There are a number of other stimulant-free fat burners on the market that contain slightly more premium and better researched ingredients which could prove more effective than QuadraLean. However, for the price, we think QuadraLean offers a solid fat burner which is perfect for those keen to shed some pounds but are sensitive to caffeine.

Here at Hey Spot Me Girl, we’re all about safety – so we wanted to remind you to double-check with your doctor or physician if you have any concerns at all about introducing a new supplement into your diet.

Whilst supplements could be a great boost to your lifestyle, they could also have adverse effects on your body if not used properly, or if you have sensitivity to any of the ingredients. So, make sure you always check the label fully. Also, make sure you stick to the usage instructions, particularly during the first week.

It’s also worth pointing out you shouldn’t rely on supplements alone to achieve your physique goals. Remember girls, supplements are enhancers – not the only answer!

A balanced diet, consistent workout plan and sensible lifestyle choices are the fundamentals behind real change – and your supplement should only ever be used as a way of optimizing the results of your hard work, not a way of replacing it altogether.

So, whatever supplements you choose to improve your life, make sure your health and welfare is always paramount over anything else every single time.

*DISCLAIMER: These statements have not been evaluated by the Food and Drug Administration. This product is not intended to diagnose, treat, cure, or prevent any disease. Products are intended for use alongside a diet and exercise regime. The views and nutritional advice expressed by Hey Spot Me Girl are not intended for the purpose of medical advice.

Individual results may vary. Please always consult your health care provider if you are taking any medications or have any medical condition. Must be 18 years or older to purchase. Always reference the ingredients and directions on the product label. 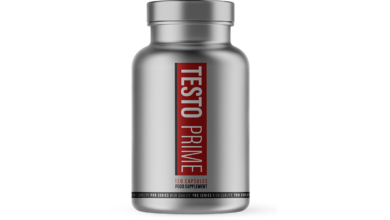 TestoPrime For Women Review 2021 – Is it Effective for Females? 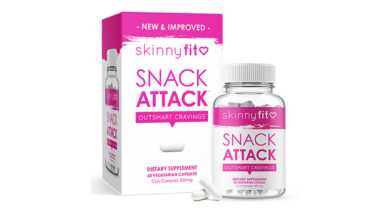 Snack Attack Review 2021 – Is this good for weight loss? 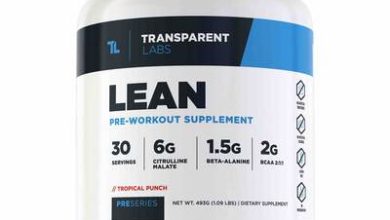 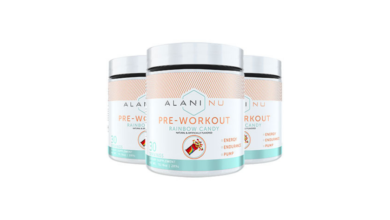