You may know this is as a hugely popular hot drink, however green tea is a whole lot more than just a delicious beverage.

Every day, millions of people across the world indulge in a refreshing cup of green tea. Widely known as an antioxidant, it’s often thought of as a healthy drink – which it most definitely is.

Green tea comes with a huge range of health benefits, some of which you may not even be aware of.

As one of the most highly researched supplements in the world, scientists have discovered a huge amount of information about this anciently popular brew and uncovered a range of ways it benefits your body and health.

In this article we’ll examine all the health benefits that green tea extract can offer you, along with assessing the safety and recommended servings of this wonder supplement.

What is green tea extract? 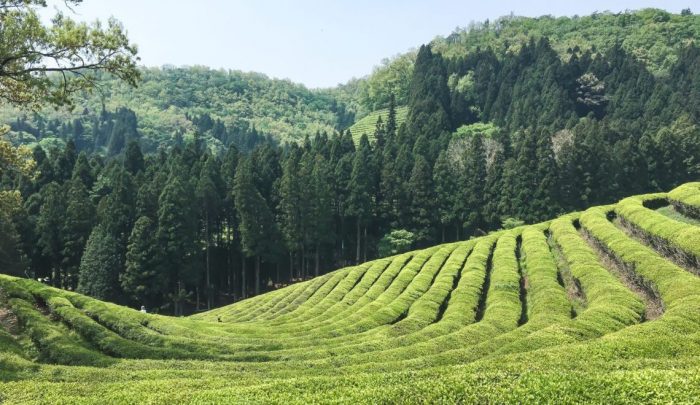 Green tea is one of the most commonly consumed teas in the world. Although originally hailing from China, it is now grown and harvested across a number of countries in Asia.

Green tea is made from the Camellia Sinensis plant, which is the same that’s used to make your normal black tea. However, green tea does not undergo the withering and oxidation process, leaving it green and maintaining a number of the antioxidants that can be lost during this step.

The extract of green tea is created by dehydrating green tea leaves, buds and stems until they are available in powder form.

This allows for a higher concentration of the antioxidants and active ingredients green tea is known for, as well as making it more readily available to be consumed as a convenient capsule. Understandably, this is a lot easier than drinking several cups in one day.

There are two essential elements of green tea extract that could help to complement weight loss efforts and keep fat at bay.

These are the two c’s – catechins and caffeine.

The combination of these two active ingredients has been shown in several studies to result in higher weight loss [1][2].

Both catechins and caffeine can induce a state of thermogenesis, which is the process of heating your body slightly [3]. Creating this extra heat requires energy and, as a result, your metabolism is raised and your body is more efficient at burning calories.

One study found that those who supplemented with green tea extract burned an additional 179 calories a day compared to those who didn’t take any [2].

In a 12-week double blind trial of green tea extract, overweight women were found to have lost significantly more weight than those who did not take the supplement [4].

In the same study, green tea was also linked to reduced cholesterol and waist size, without any adverse effects.

Green tea is packed with health-boosting antioxidants called polyphenols. These are responsible for a huge number of the benefits we gain from green tea.

The polyphenols in green tea are called catechins. The most highly researched catechin is called epigallocatechin gallate, or EGCG. It is thought to provide the majority of the health benefits green tea offers.

It works by reducing the number of cells that can be damaged by free radicals in your system [5].

Studies have shown that green tea can improve your body’s ability to host antioxidants and therefore protect against oxidative stress more effectively [6]. 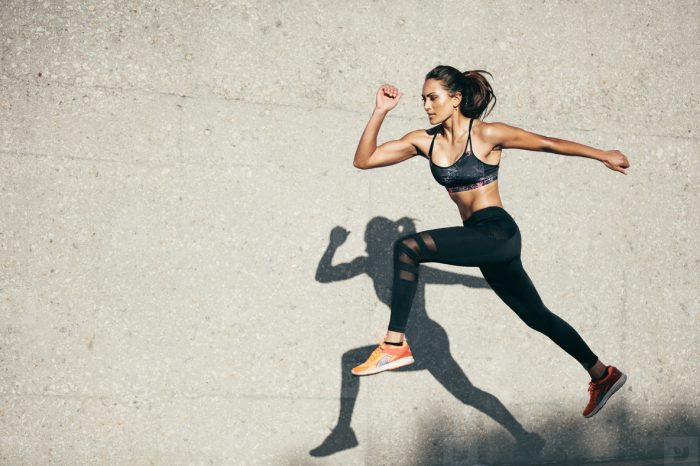 Green tea extract is commonly used in pre-workout supplements due to its positive effect on exercise performance.

The antioxidizing catechins have been shown to help lower cellular damage, therefore delaying the onset of muscle fatigue [7]. This should allow for a longer, less painful workout and more efficient muscle repair [8].

In a trial of 16 sprinters, those who took green tea extract showed a higher resistance to oxidative stress from the toxins produced during repeated sprints [9].

Along with being a regular in pre-workout supplements, green tea is also a favorite among neuro-hackers for its brain boosting abilities.

Those magical EGCG’s we’ve been talking about have also been shown to protect brain cells from damage caused by free radicals [10].

As a result of these neuroprotective properties, scientists are now beginning to look into the effects green tea could have on helping with neurodegenerative illnesses like Alzheimer’s and Parkinson’s [11].

Could help with heart health 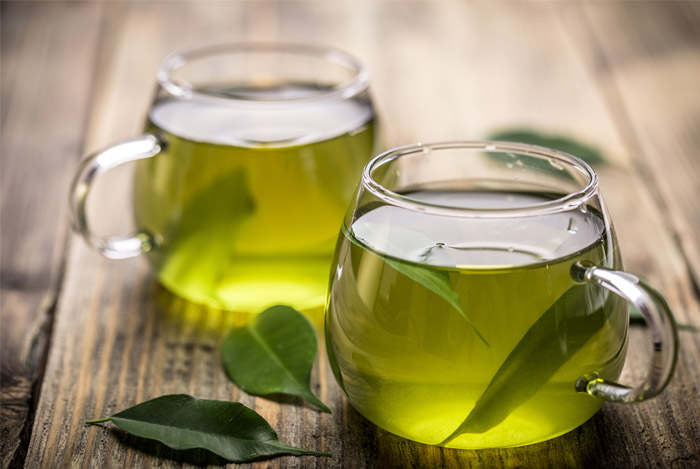 Cell damage, or oxidative stress, can lead to a buildup of fats in the blood. This can lead to a higher blood pressure, which can be dangerous for your heart health.

As we know, the catechins within green tea can help to limit the amount of cell damage caused by free radicals, which can in turn inhibit the absorption of fat into the blood cells [13]. This can help to improve vascular health and reduce blood pressure.

In one study, obese participants who supplemented with green tea extract for three months showed significant reduction in blood pressure, and a much lower cholesterol [14].

High cholesterol, blood pressure and blood fat levels are indicators of heart disease, so by helping to reduce these, it stands to reason that green tea extract could help to promote vascular health.

Along with help your blood fat levels, green tea may also have a positive impact on your blood sugar levels too.

The EGCG’s in green tea have been linked to improving sensitivity to the glucose in your body and regulating your production of blood sugar more effectively [15]. This means you’re more sensitive to the sugars in your system and therefore require lower blood sugar levels [16].

There are almost no known side effects to regularly drinking green tea or taking it as a supplement. However, there are a few things you should keep in mind if you do decide to use green tea more often:

There’s a good amount of caffeine in the drink, which is worth considering if you are planning on adding it to your diet.

Too much caffeine can have negative impacts on your body. For example, it can trigger heart palpations, increase anxiety, cause headaches and even interrupt sleep [17].

Caffeine can also lead to high blood pressure and migraines [18].

While this is something to be aware of, it shouldn’t stop you from enjoying green tea in your diet. You should simply accommodate for the additional caffeine within your diet. Cut out a coffee, tea or soda to ensure you’re not exceeding the safe limit of 400mg of caffeine a day [19].

If you’re pregnant you should avoid anything that contains caffeine.

[Related Article: Caffeine Anhydrous Explained – What is it and How Does it Work?] 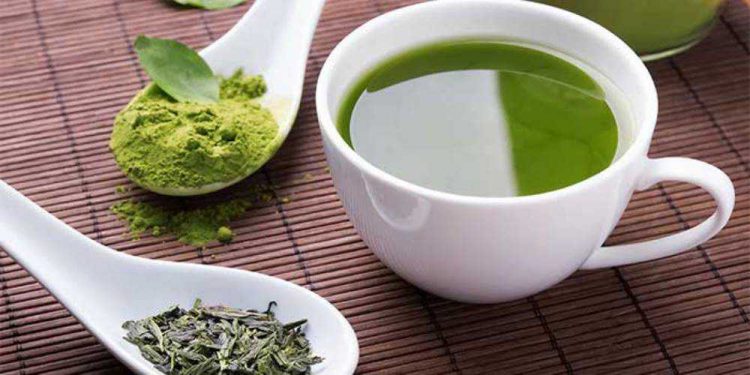 The catechins within green tea, while providing a huge number of health benefits, may also interfere with your ability to absorb iron from the foods you eat [20].

One study found that high consumption of catechins may result in anemia, also known as iron deficiency [21].

However, this shouldn’t be too much of an issue if you plan your intake well. For those who aren’t prone to iron deficiency, adding green tea to your diet shouldn’t pose any issues.

If you are prone to iron deficiency, you should aim to drink your tea between meals. You should also leave a gap of an hour between eating and having a post-food tea. This should give your body enough time to absorb iron before you drink.

There is a risk that green tea could interfere with the effectiveness of certain medications.

Some studies have found that it can inhibit the way certain heart and blood pressure medications, along with anxiety and depression treatments [22][23].

Speak to your physician before you consume green tea if you’re concerned about the impacts it may have on your medication.

Green tea extract comes with a range of health benefits and is generally safe to consume regularly.

From brain health to weight loss, a few cups of green tea, or a capsule of the extract could help you achieve a happier, healthier body.

Speak to your physician before you start to supplement with green tea extract if you’re concerned about any of the side effects we mentioned above.

Instant Knockout CUT Vs Hunter Burn - Which is Best? 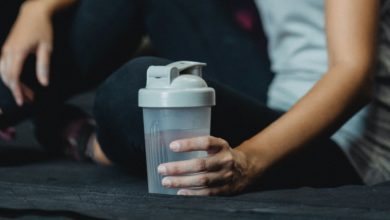 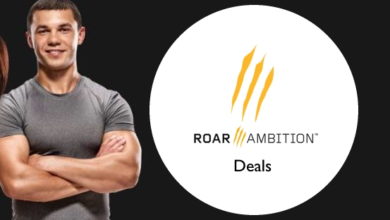 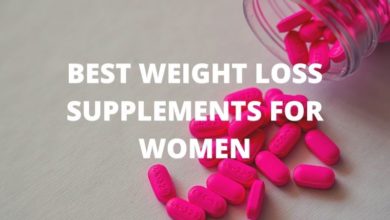 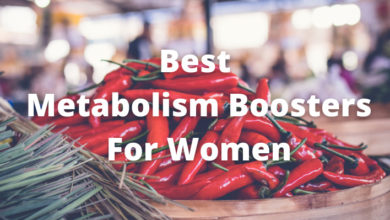