Many women are afraid to lift weights as they think the’ll suddenly get bulky and muscular like a man. BUT this couldn’t be further from the truth.

For starters, women have limited amounts of testosterone in their body compared to men, which is partly responsible for muscle growth and strength.

Secondly, us women have much smaller frames, which results in much less overall muscle tissue.

Last but not least, lifting weights is a crucial part of losing weight, and creating a shapely figure.

With that out of the way, let’s get into why exactly why you should be lifting weights.

Before I show you some real life examples of women who lift, let’s examine two body types for a moment, the first being a sprinter/weightlifter i.e. someone who does HIIT resistance training. And the second, a long distance runner, or in real terms, a cardio bunny.

It’s clear to see the difference between the two, but one things for sure, their physique didn’t happen naturally overnight. It took years of hard work and dedication to achieve their level of conditioning, size, and strength. 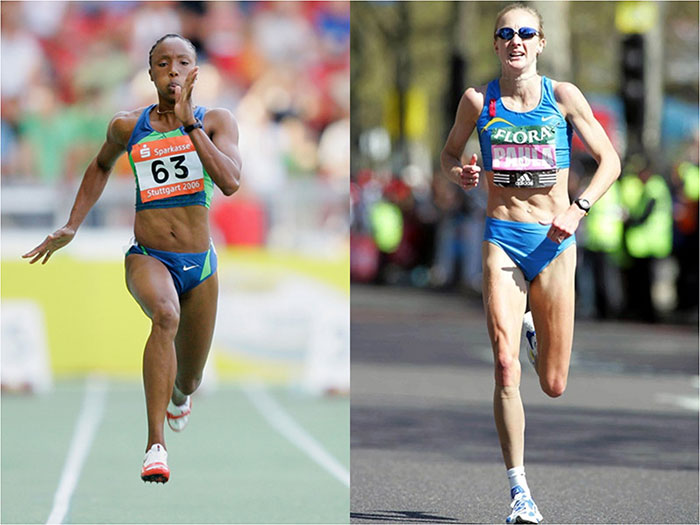 Looking closely at the sprinters physique, her body is shapely, her muscles aren’t big and bulky, and quite frankly, she looks more healthier and stronger that the long distance runner.

Her workouts will consist of numerous sprinting sessions, and weightlifting workouts in the gym.

The typical workout of a sprinter will be body weight circuits, and compound exercises such as the deadlift, squat, bench press, and barbell-row. 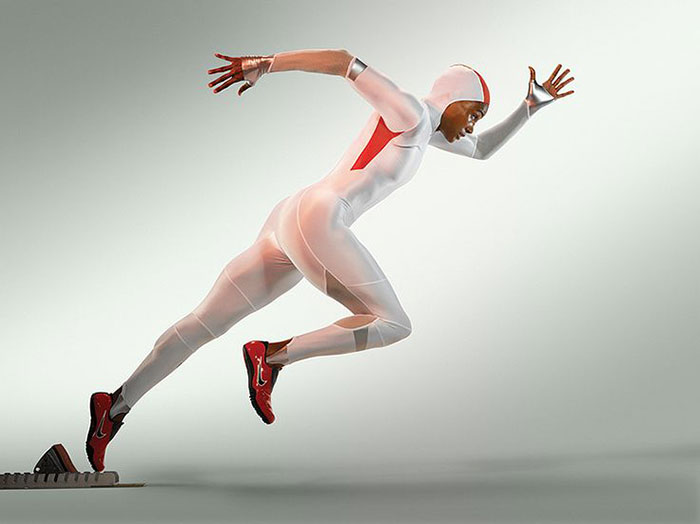 Typical Workout Of A Sprinter:

Benefits Of This Type Of Training:

Some of the benefits this type of training can provide are as follows: The workouts can be completed in a shorter space of time, as opposed to hours on the treadmill.

Body adaptations happen quicker with weights and HIIT workouts, as new muscles will be formed, causing fat loss, and a better body re-composition to take place.

It’s also less strain on your body when looked at in the long term.

HIIT and weight training have also shown that it helps the body become less insulin resistant, which means your body will use carbohydrates more efficiently, helping you to avoid weight gain.

What you’ll experience with this type of training:

Long bouts of cardio can be incredibly beneficial at the right time, but too much, and you could just end up looking skinny, with weak muscles. 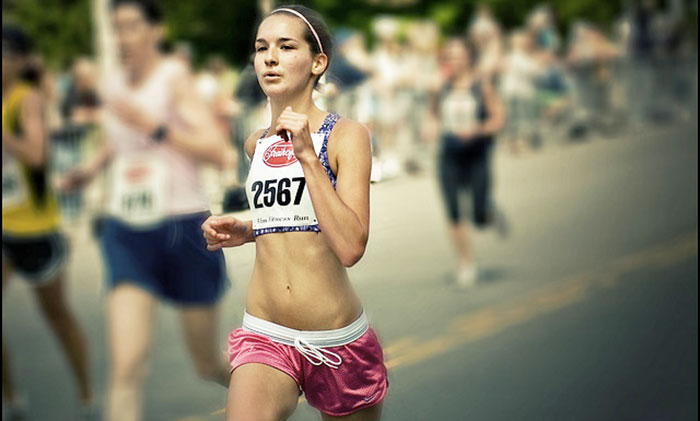 Benefits Of This Type Of Training:

Before I say long distance/steady state cardio is all bad, I have to clear the air and let you know there are many benefits to this type of training. Such as improved overall health, stamina, and better skin to name a few.

Also, if you’re a beginner, and you need to ease yourself into fitness, light cardio sessions will help your body adapt to a new training program much easier than a weightlifting workout.

All-in-all, this lighter, steadier cardio has its place. Knowing when to use it could help you recover from injury, improve overall fitness, along with enjoying its fat loss benefits.

What you’ll experience with this type of training: 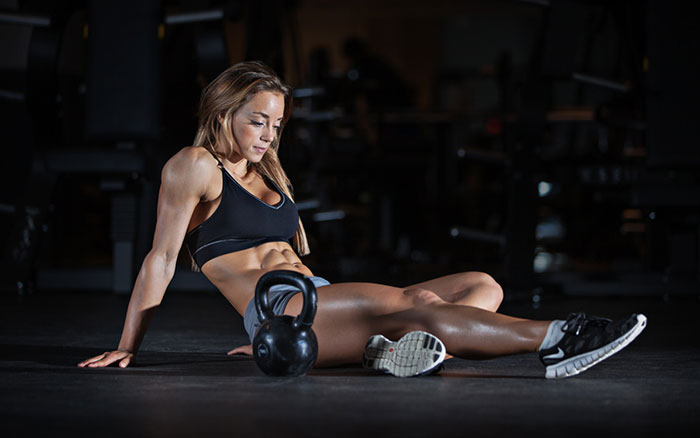 It takes years of constant training up to 5 days a week to put on serious muscle as a woman. Dieting, and lifting weights progressively will eventually lead to more muscle gain, but not as quickly as you might think.

Like I’ve just mentioned, this doesn’t happen after one week, or even one month, it takes consistency, and a lot of hard work over long periods of time.

One great example of a woman who lifted weights to totally transform her physique was Kristina Moser.

She was overweight, to the point where her health was seriously suffering, that’s until she started going to the gym to perform resistance training. In 5 years, she went from overweight, to lean and healthy.

If we can say anything about her physique, it’s that she looks curvaceous, and healthy. Here’s a few pictures from Kristina’s transformation: 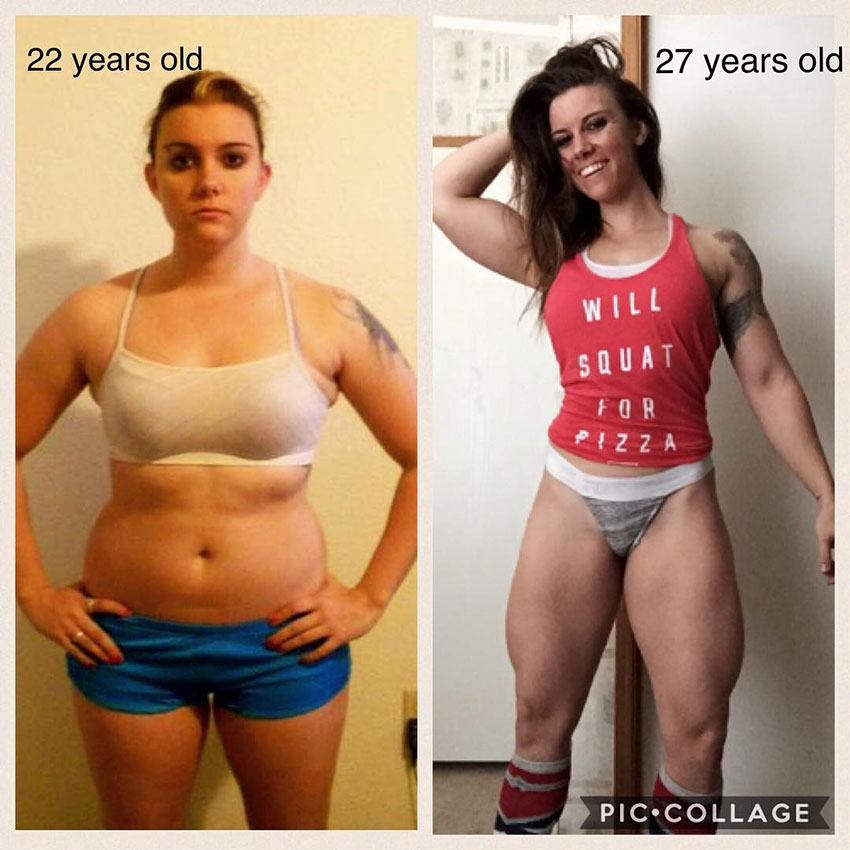 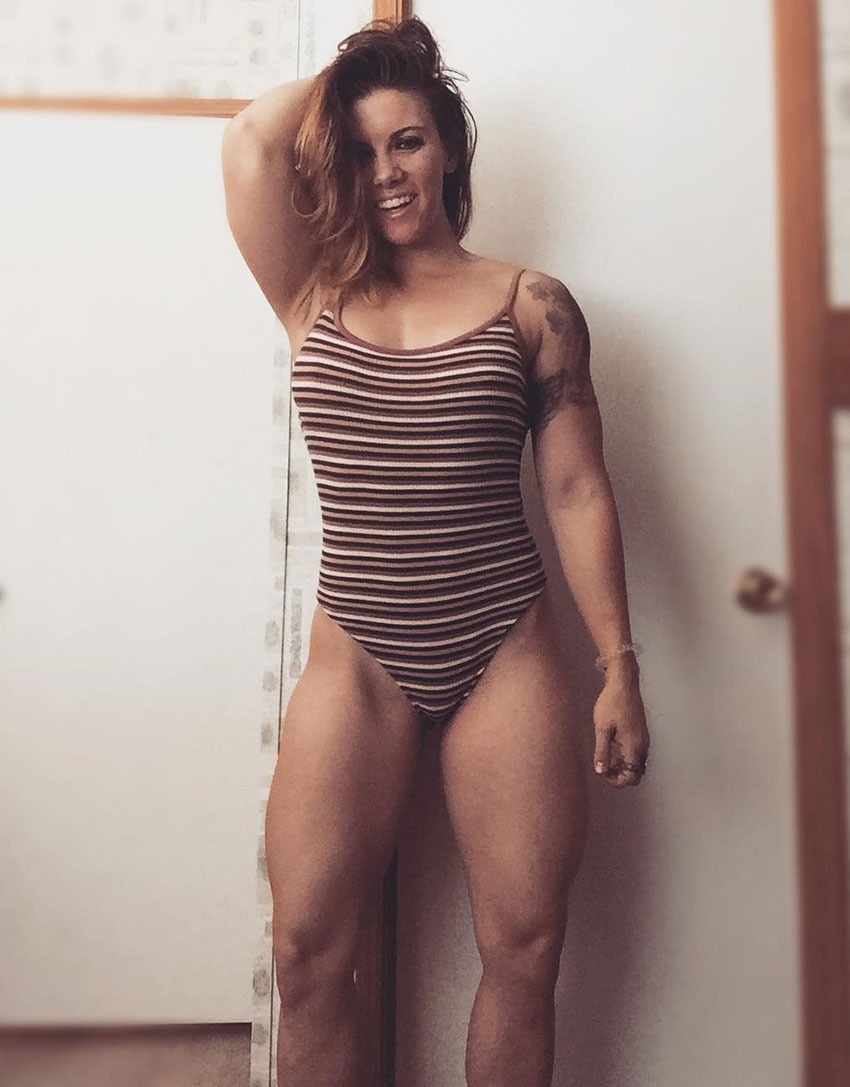 As women start off much smaller than men in most cases, it takes longer for women to match men when it comes to building lean muscle.

However, this doesn’t mean women can’t have the same muscle building potential as men, we absolutely can! It just takes a little longer to get there.

Because there’s so many different types of sports which use weightlifting as a tool to make their athletes faster and stronger, it only make sense to talk about some of the different disciplines.

This includes the different body types associated with these sports, to give you an idea of how each athlete looks, and trains.

Looking at a natural female bodybuilder, you can see that her muscles are well formed, in good proportion, and her physique looks healthy and strong. 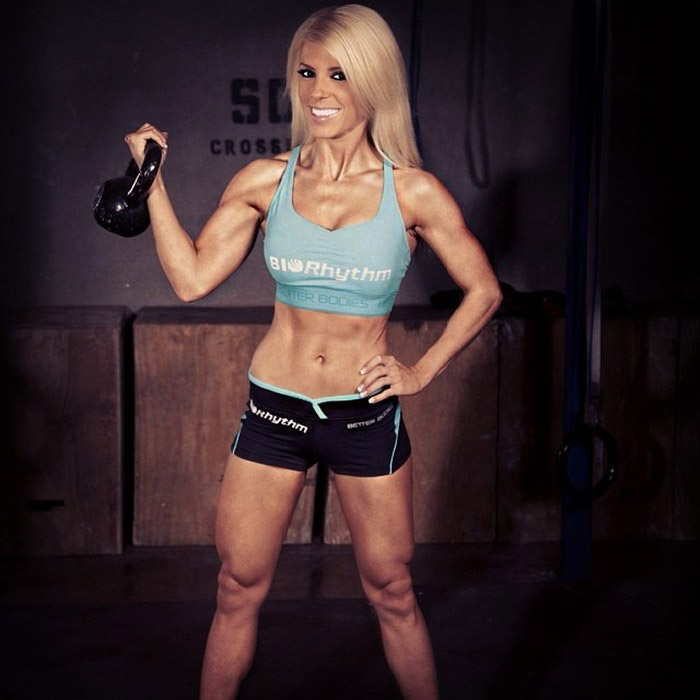 On the other hand, let’s look at a female bodybuilder who has used steroids. Her muscles are bulky in appearance, and is much stockier than Heidi, the natural bodybuilder.

Many people have been shown (both men and women included) to have used testosterone for sports, and Natalie Newhart is one of those women.

On February 27, 2016 Natalie failed a drug test, proving she’d been using Oxandrolone, which is a synthetic anabolic steroid.

As you can see from her physique, she’s big and bulky, her muscles are large, dense and lean.

I’m only using this as an example of different body types, with, and without the use of steroids. 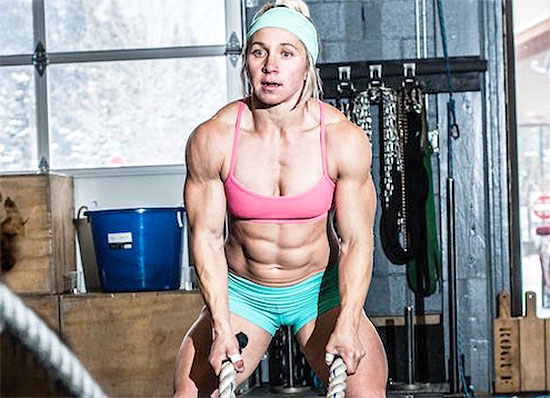 Here we have Lidia Valentin, a world class Olympic powerlifter from Spain. Lidia has won numerous medals and powerlifting competitions, all of which she’s done with years of heavy weightlifting and training under her belt.

Her physique is athletic, and strong, with the emphasis put on power and flexibility for performance using heavy weights.

Lidia’s training consists of deadlifts, push-press, squat, and a whole variety of skilled movements designed to get the most out of her weekly training routine.

All of which help Lidia to move the heaviest weight she can possibly lift, against other powerlifting/weightlifting competitors. 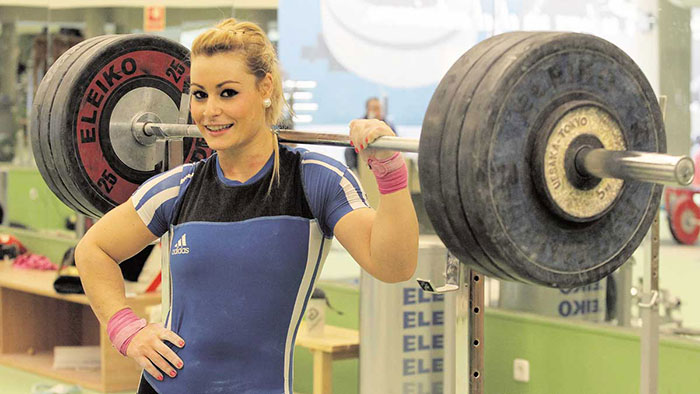 Some of the fittest women in the world are in Crossfit, and there’s one reason for it, they endure grueling workouts.

A Crossfit athlete will typically do a WOD (workout of the day) alongside powerlifting/weighlifting exercises such as the clean and jerk, squat, and deadlift etc.

A WOD may be a number of exercises such a bodyweight squats, push ups, pull ups, walking hand stands etc. which are meant to be performed one after another, either under a time frame, or, after the completion of designated repetitions.

As well as WOD’s and powerlifting/weightlifting, Crossfit athletes also swim, run and row – they are all-round athletes. So, if you see a Crossfit athlete, they’re usually strong, lean, and powerful. 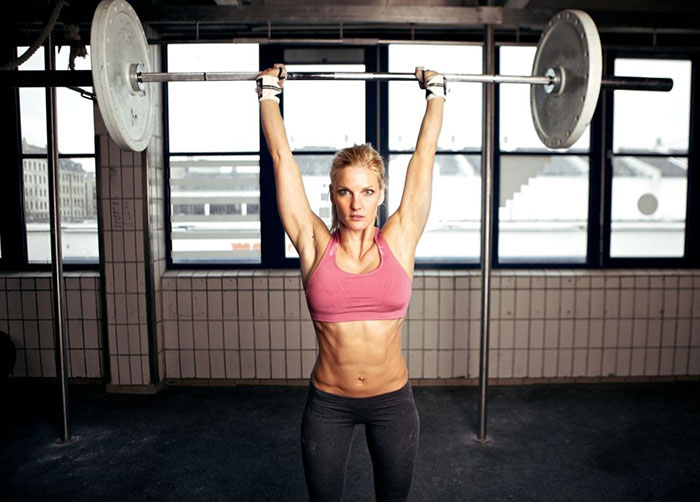 Now, to summarize, ‘Does Weightlifting Make Women Bulky?’ the answer is generally  ‘NO it doesn’t.’

You have to be an elite athlete, training for years, week after week, pushing yourself constantly (or using steroids) if you ever want to get bulky.

Not only that, you have to remember that women don’t have the same amount of testosterone as men, which is one of the key factors to building large amounts of muscle.

In reality, most women who train using weights will look healthy, have a great figure, and less body fat rather than appearing muscular and bulky.

So, throw away your misconceptions girls, and get into the gym and start lifting weights. If you want to get a slim, and toned look with great looking curves, then weightlifting could be your answer.