Dan Bilzerian is known the world over for his lavish lifestyle, extravagant taste in car and, of course, his love of beautiful women.

Needless to say, featuring on the celebrity’s instagram is a fast-track to fame. Here are some of the women that have made bank from hanging out with the Blitz.

Scroll down to find out how their lives changed after partying with Dan Bilzerian. 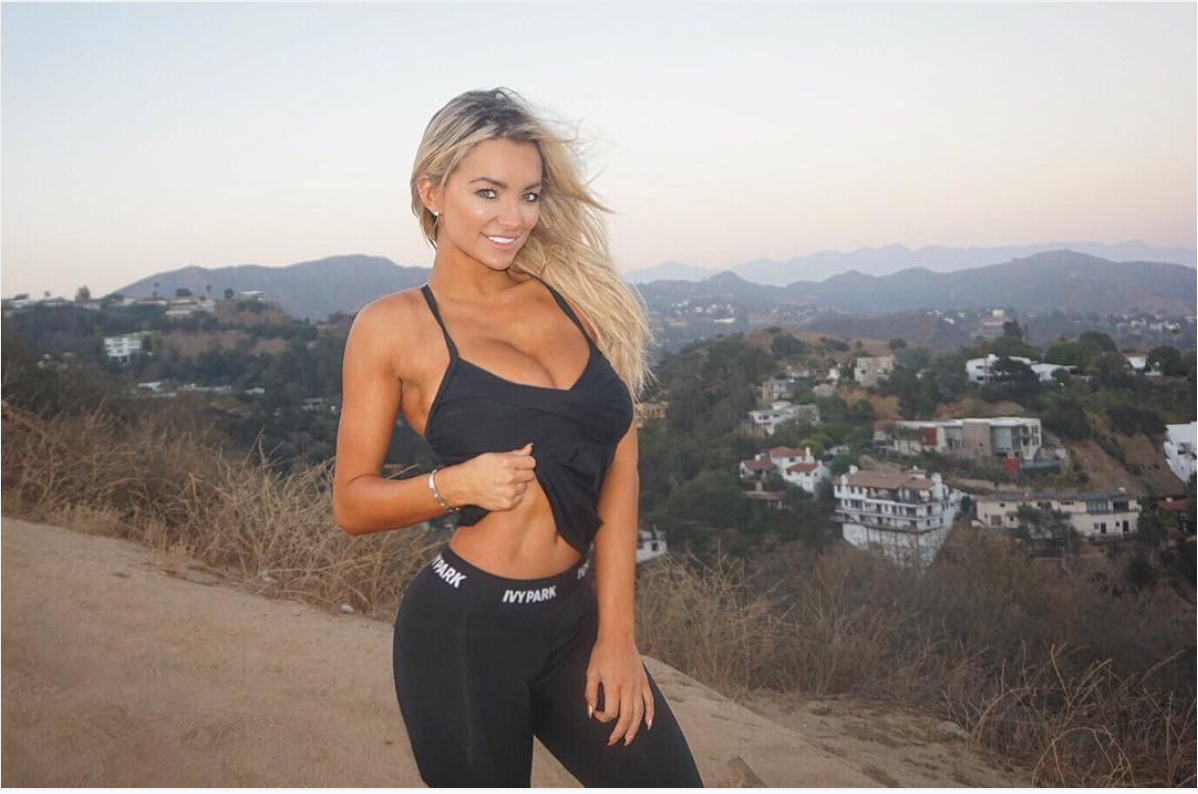 The Instagram model from Louisiana wants to make two things clear—she considers herself a “feminist” bombshell, and she’s defniitely not a slut.

Pelas moved to LA despite people telling her she wouldn’t make it alongside the droves of beautiful models and actresses in Tinseltown. She says she initially deterred Blizerian’s advances because she thought he was a playboy. But after taking some photos and making a video that went viral of her running in slow motion, she became “internet famous.”

“I had a million followers in six weeks, and it was all Dan’s doing,” Pelas said.

The 25-year-old isn’t afraid to admit she enjoys being super sexy and has been able to make a living solely between social media and appearance opportunities for over a year.

“My biggest passion right now is to legitimize myself in a career further than the internet,” she said. 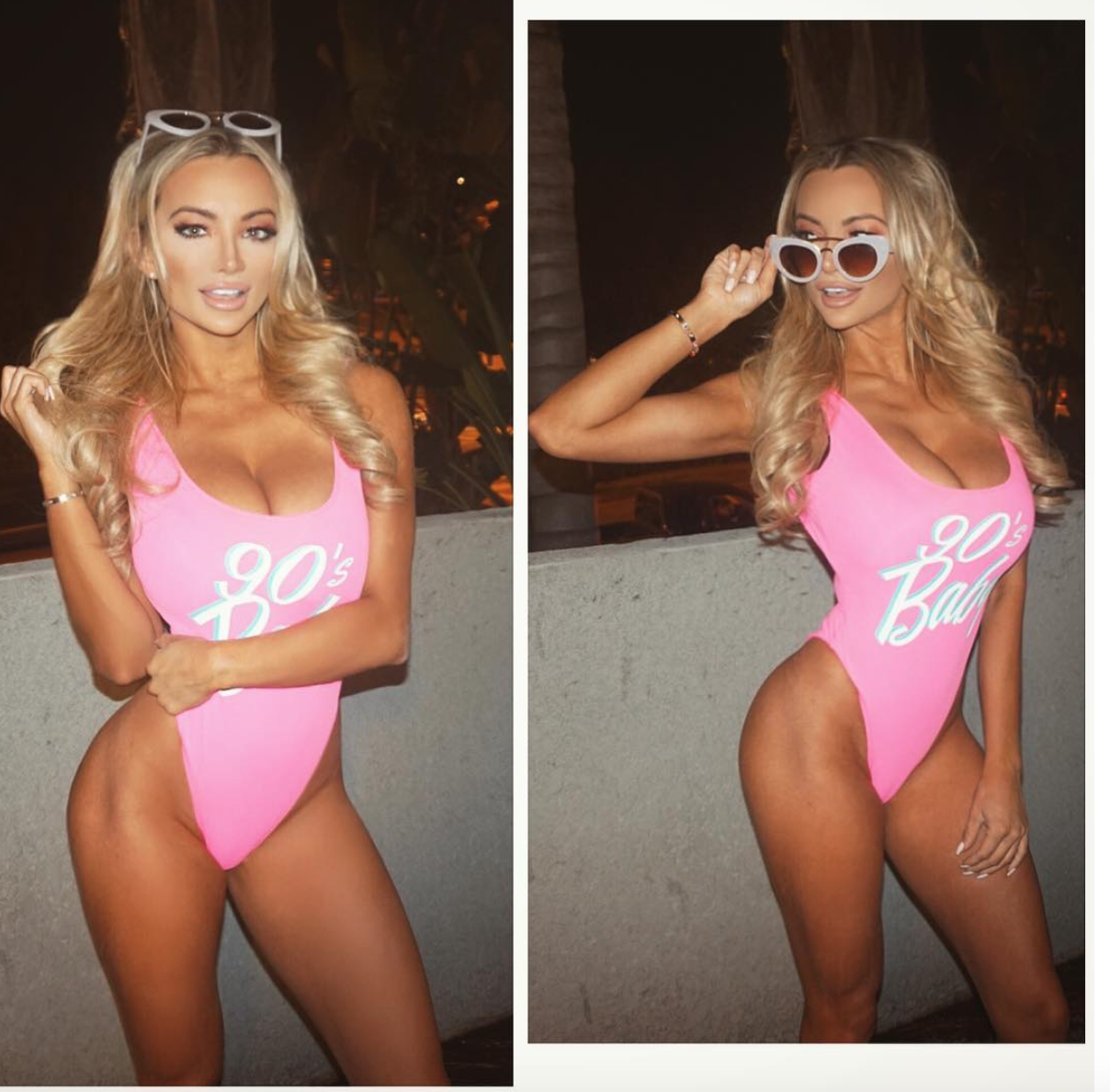 Pelas says Blizerian treated her more respectfully than anyone she’s ever dated in her “entire life.”

Pelas thinks some men are intimidated by the power and success she has acquired through her 5 million Instagram followers.

“When they see someone who doesn’t have to show up to a job and has this free time, it really attacks a male ego,” Pelas said. “I’m making bank off of what should oppress me.” 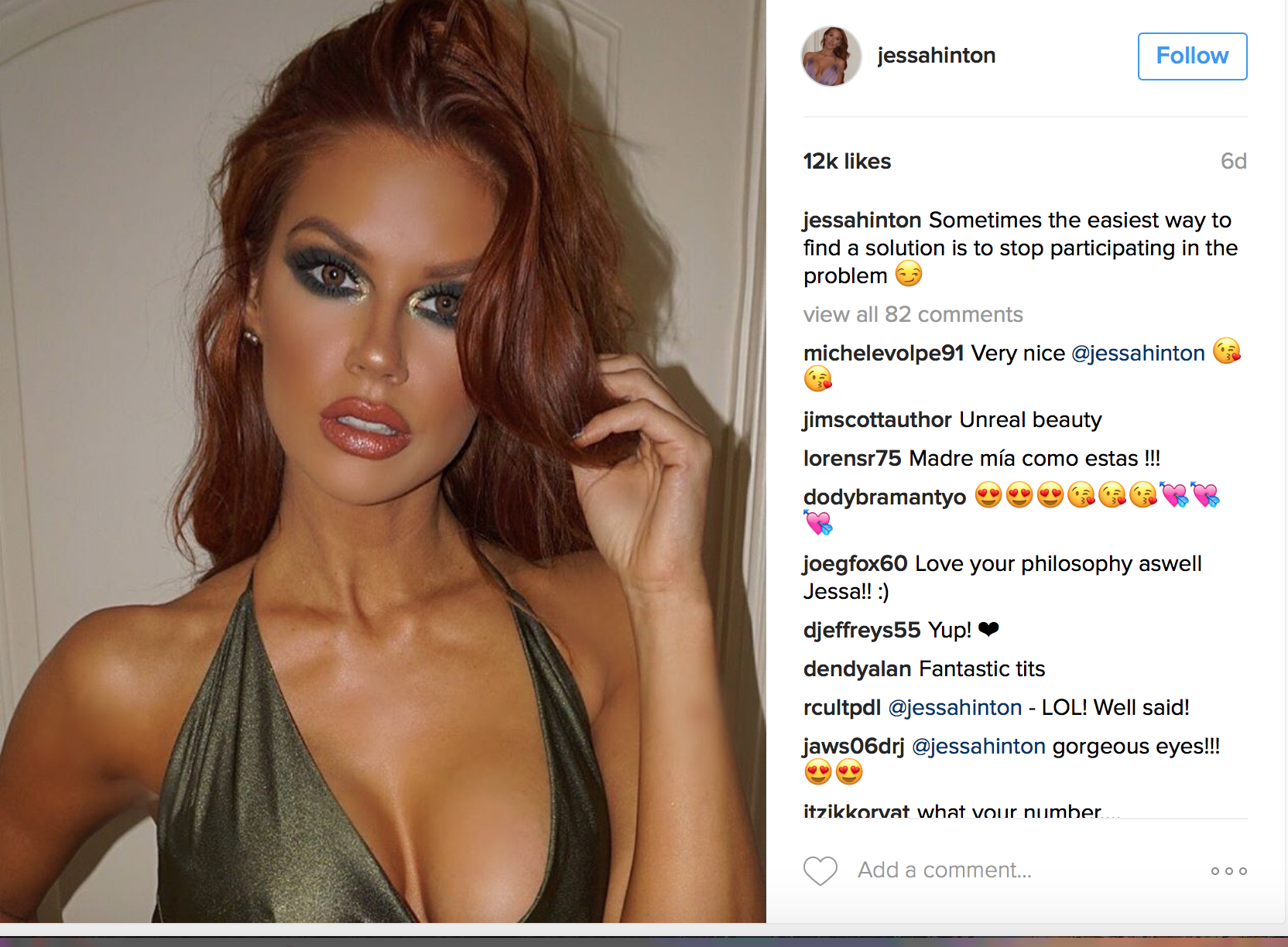 “I’ve had both serious girlfriends and boyfriends,” Hinton said. “I’ve known I was bisexual since the age of 13. And, bisexual is not bi-curious, by the way. Some people think a few shots of Patron make you bisexual. That’s not the case.” 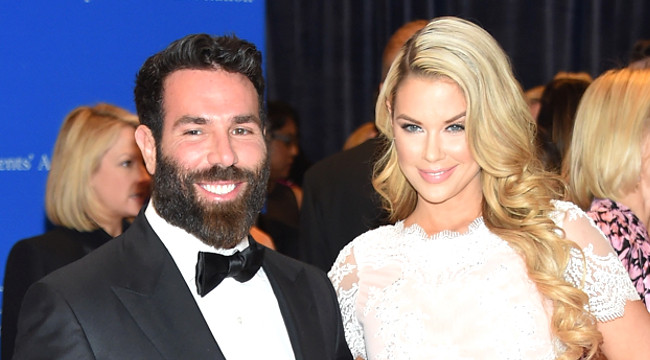 “People will talk $hit no matter what. As long as you’re a good human being and love what you’re doing in life, screw the people who aren’t on your team.” 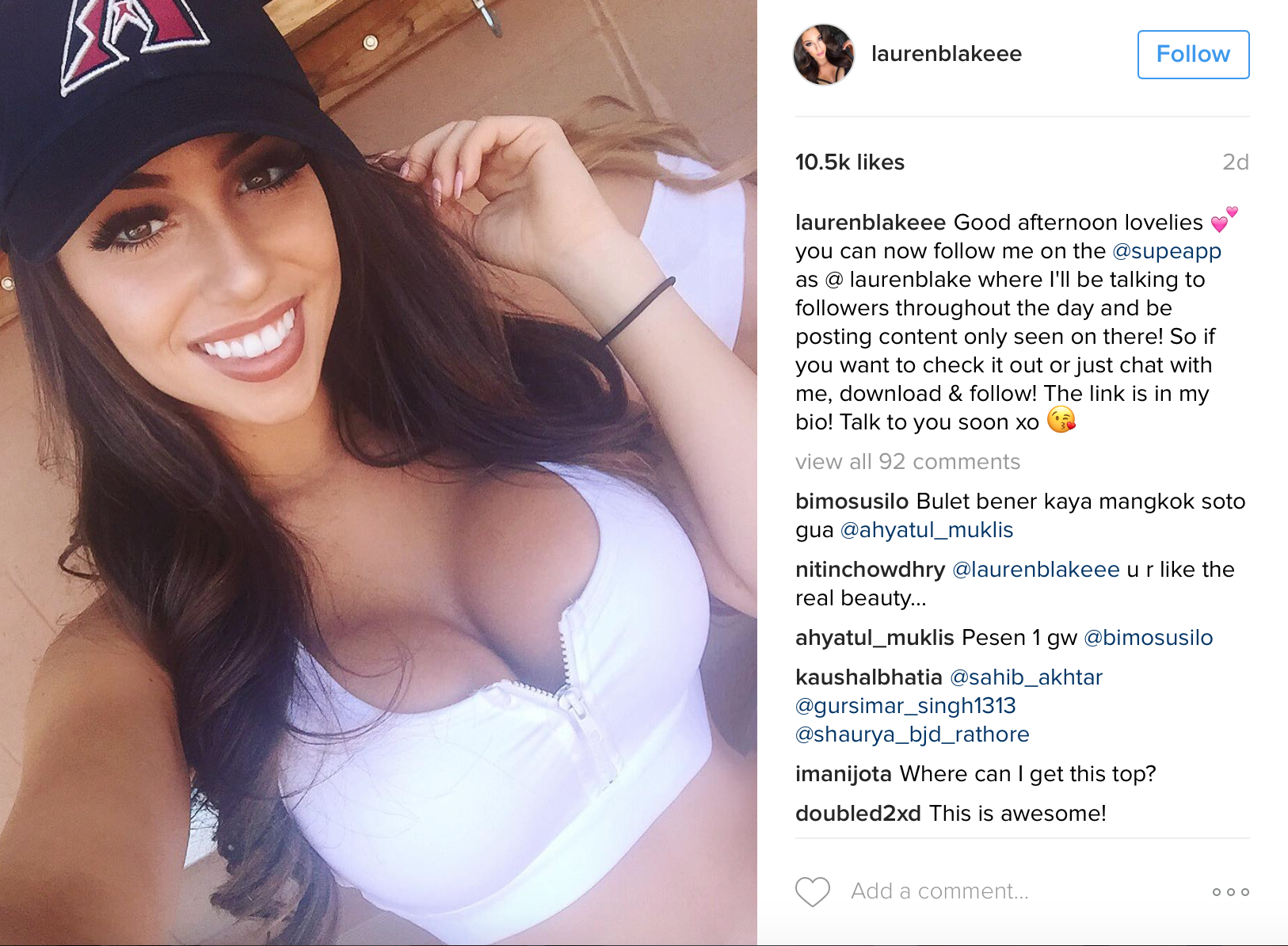 The 21-year-old biochemistry major and self-professed “travel bug” has been trolled by sites questioning whether she is Blizerian’s “side chick” or “bottom bitch?” Blake promotes fitness products on her Instagram account, and what do fitness models want? Followers.

Our guess is she’s laughing all the way to the bank while paying for her college education through a slew of endorsements on Instagram. 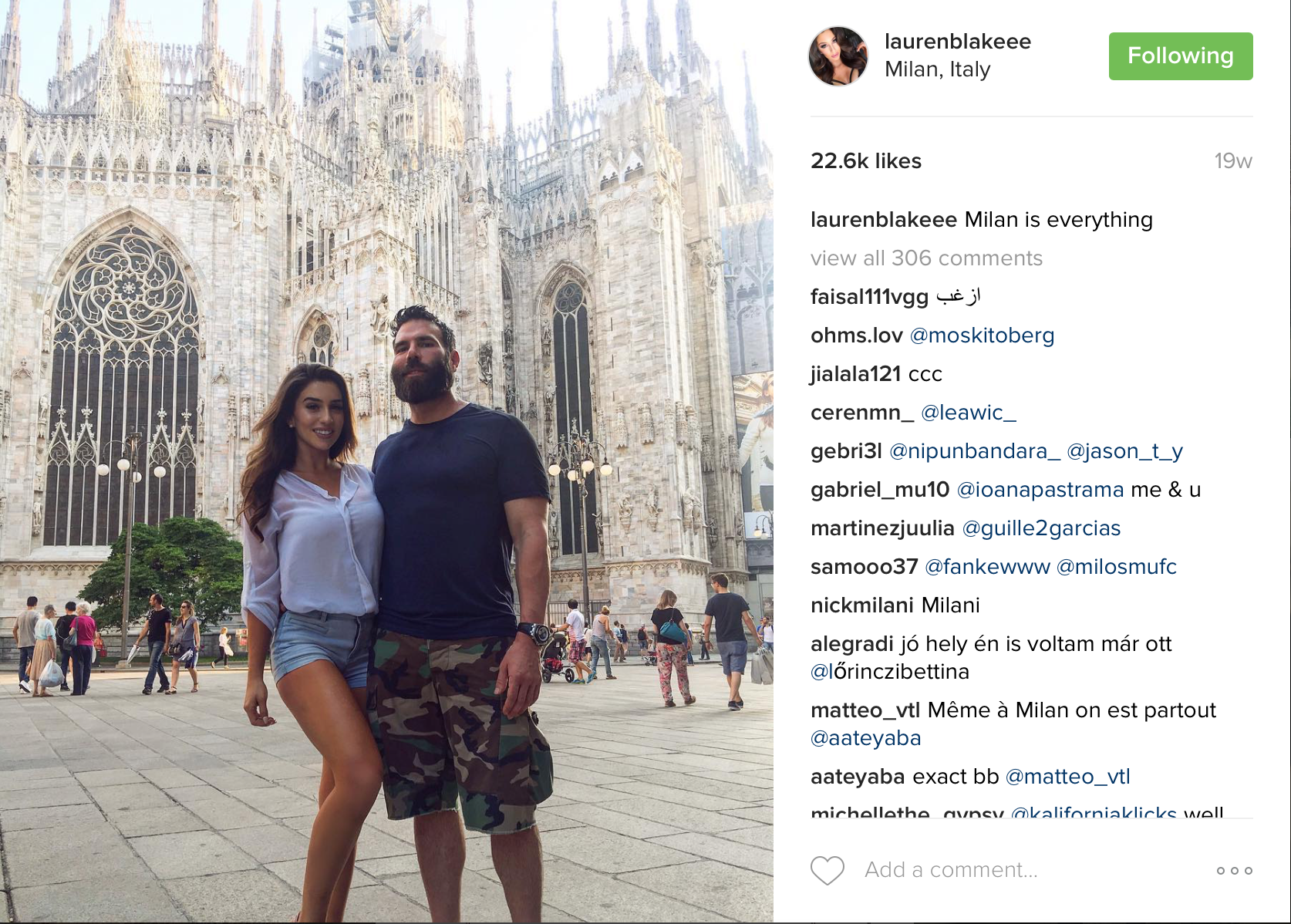 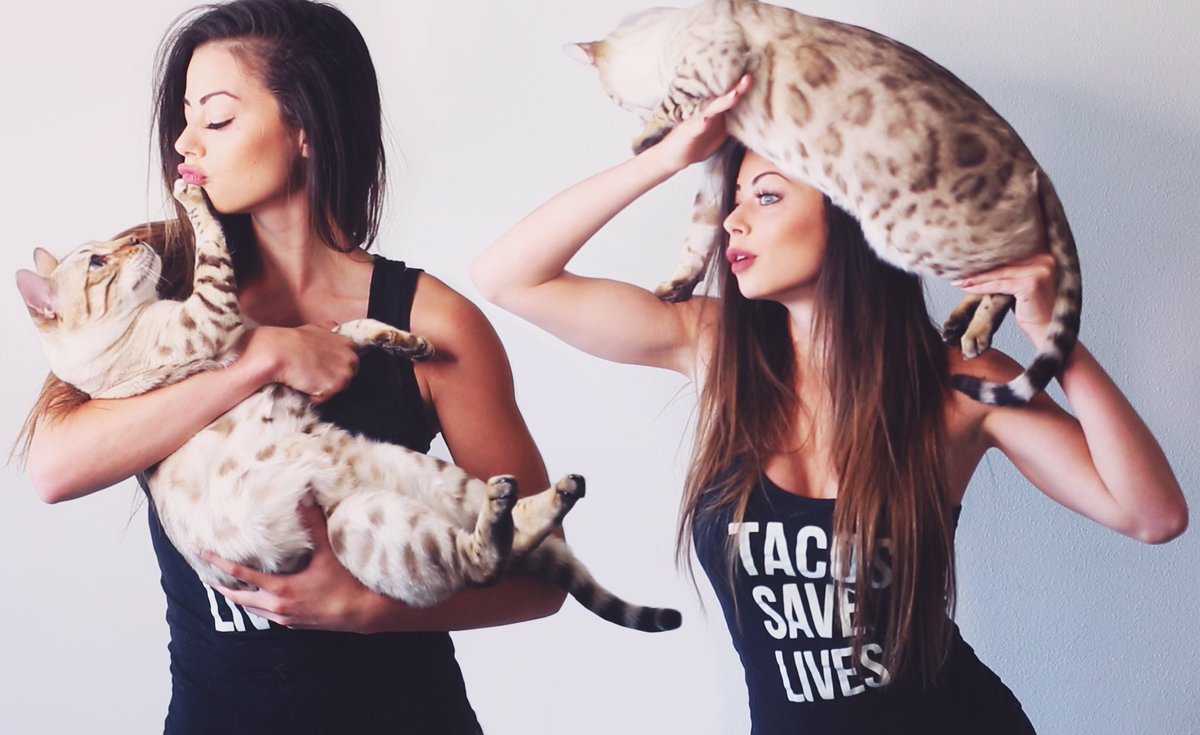 Abernathy is a professional poker player and often posts photos alongside her giant Bengal cat Binks. She can be seen hanging out with Blizerian and accompanying him on exotic trips.

Earlier this year, Blizerian offered her a freeroll bet for $10,000 if she could ride her bike from LA to Vegas in 72 hours. Over 320 miles later, the up-and-coming poker player was $10,000 richer. And to think people pay to run a marathon… 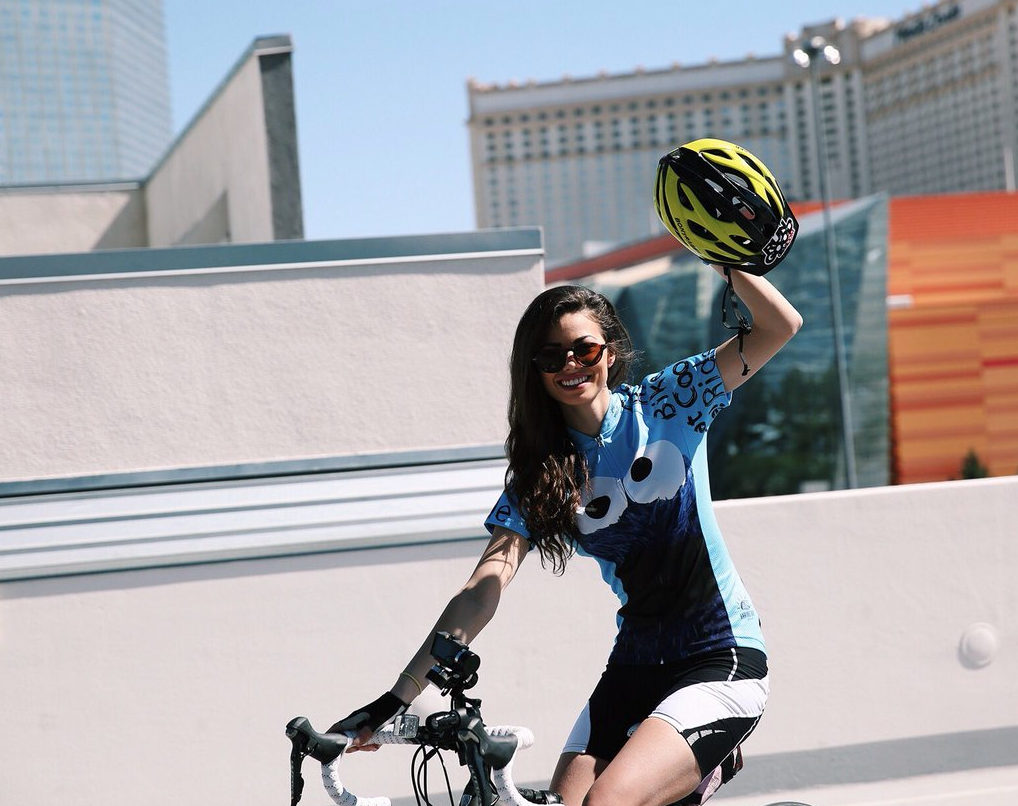 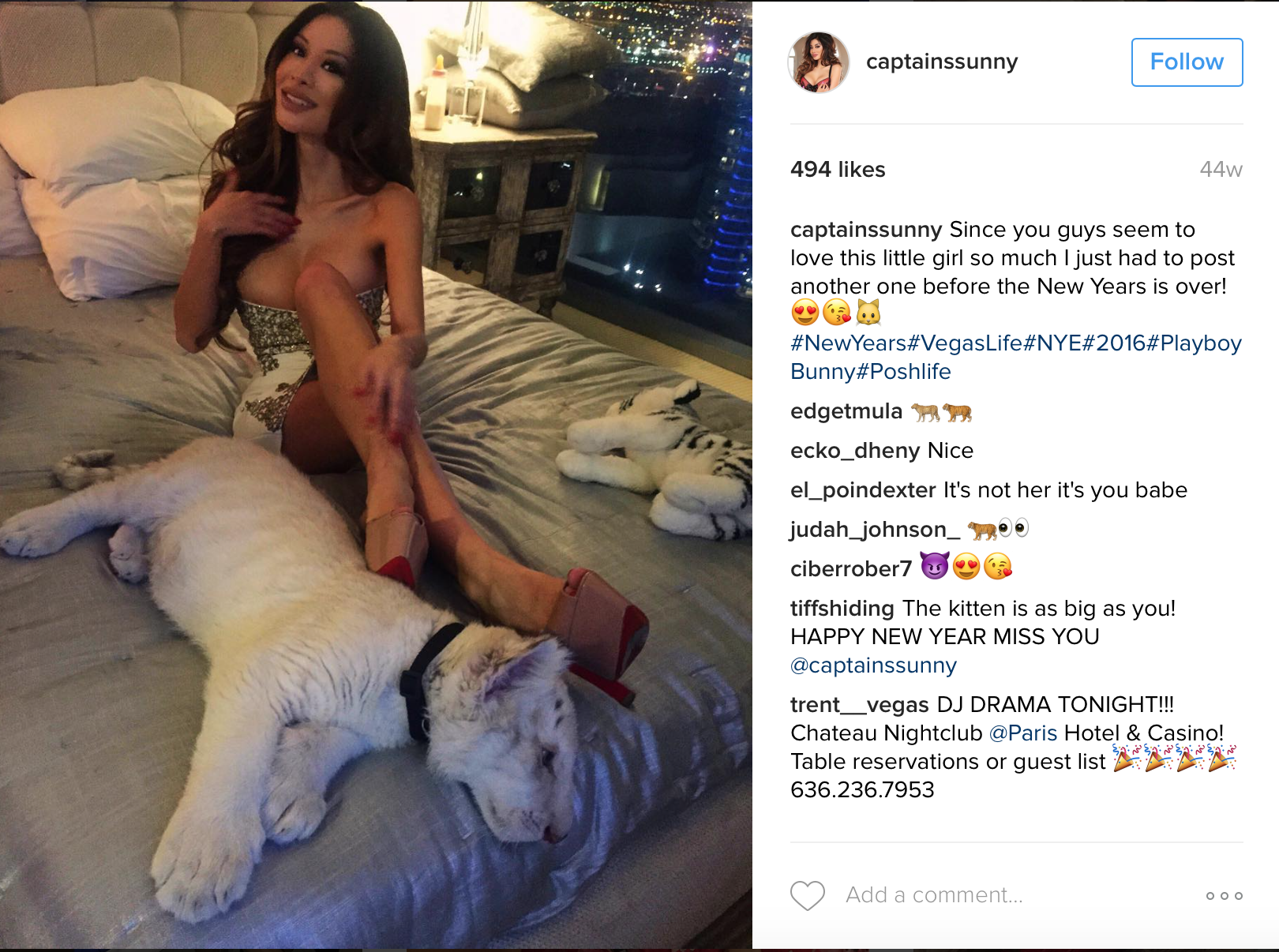 The Playboy model seems to share Blizerian’s affinity for exotic animals and recently posted a  “Where’s Waldo-esque?” photo of herself dining with Blizerian and a handful of her girlfriends. We’re guessing he picked up the tab. 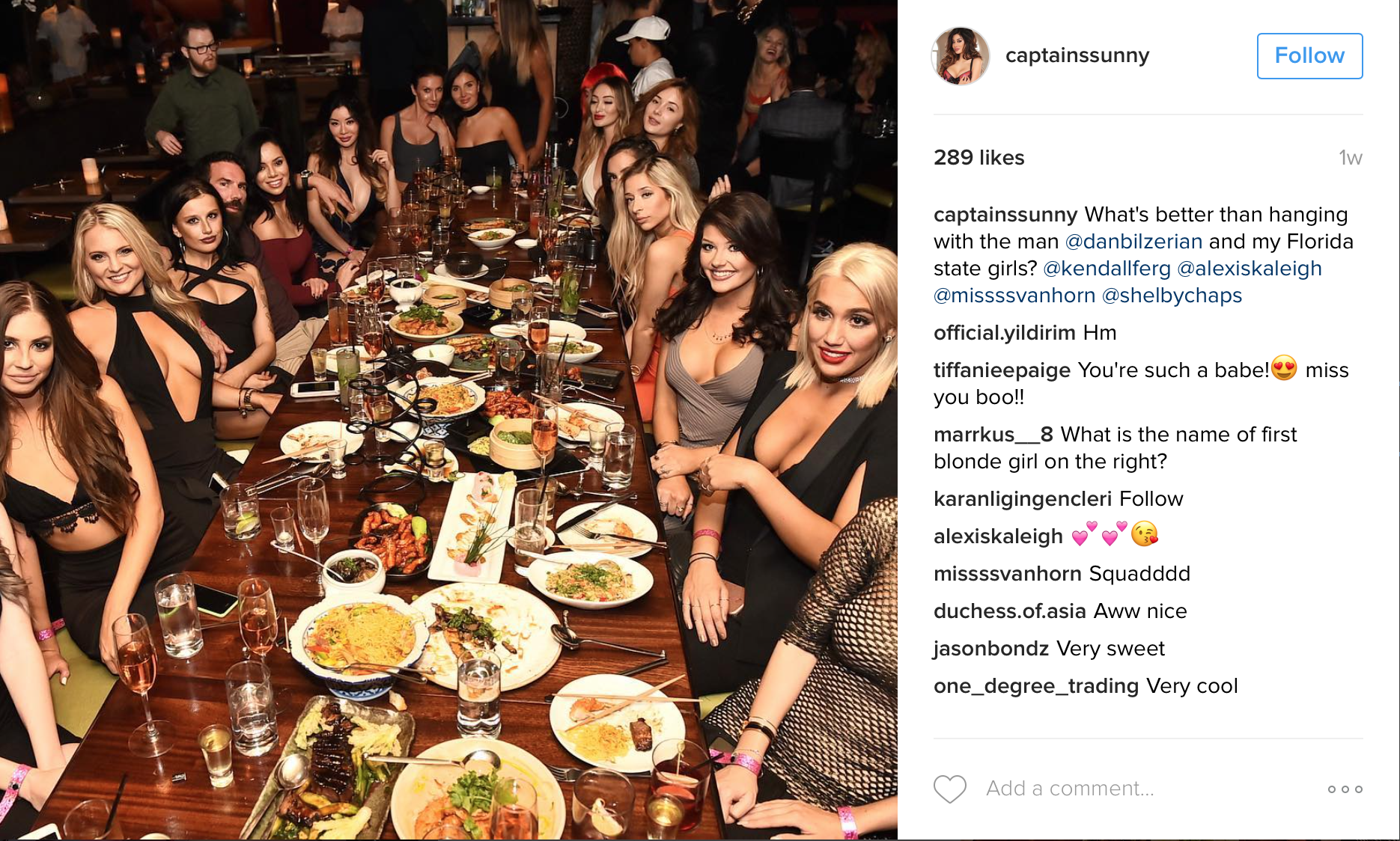 When the Vancouver-based beauty wanted to learn how to shoot, she knew who to turn to. Blizerian was enlisted in the Navy for four years and completed 510 days of grueling Navy Seal training, so it’s a safe bet to say he knows a thing or two about guns.

The impromptu lesson probably didn’t hurt her Instagram following either. 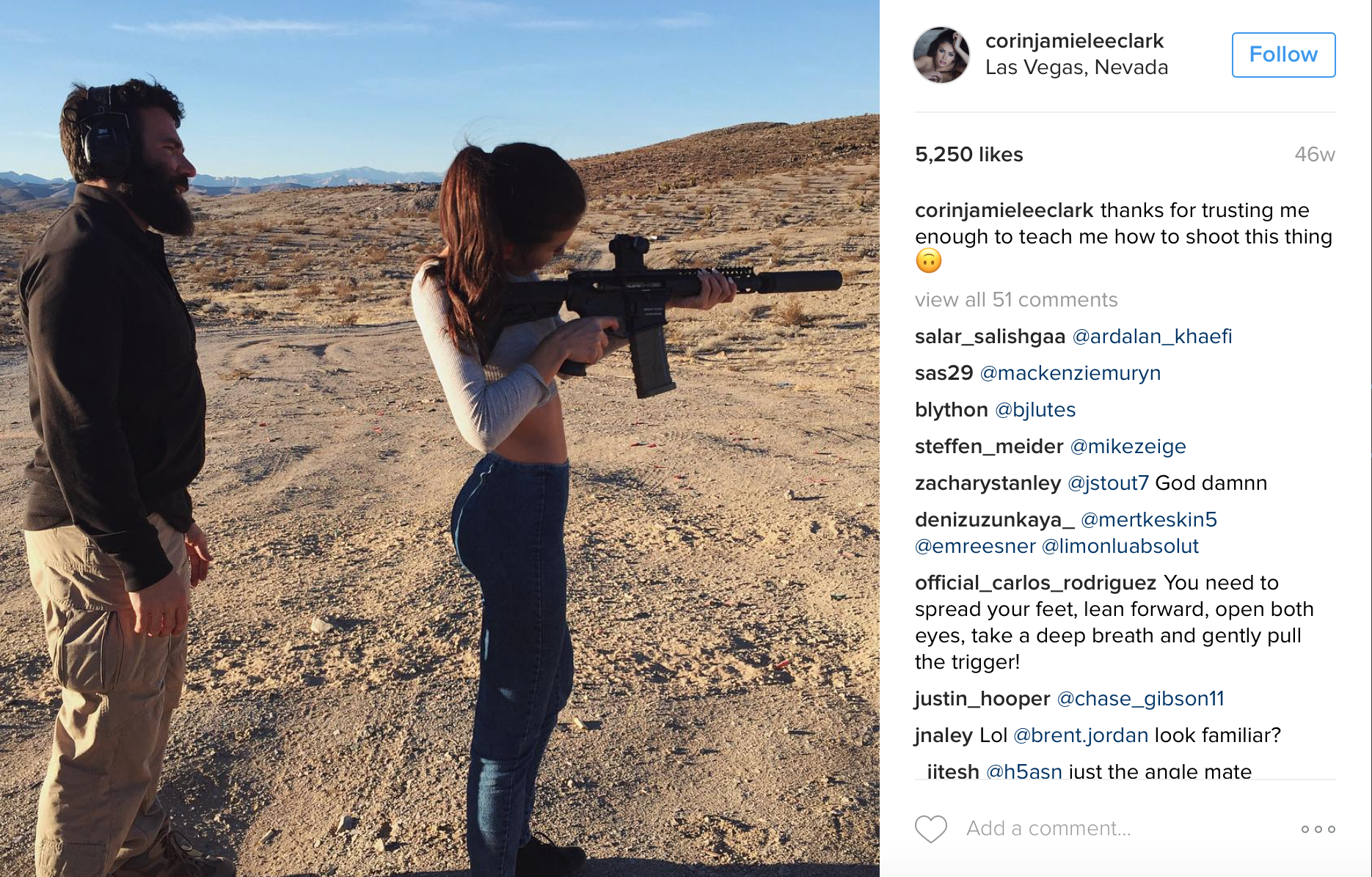 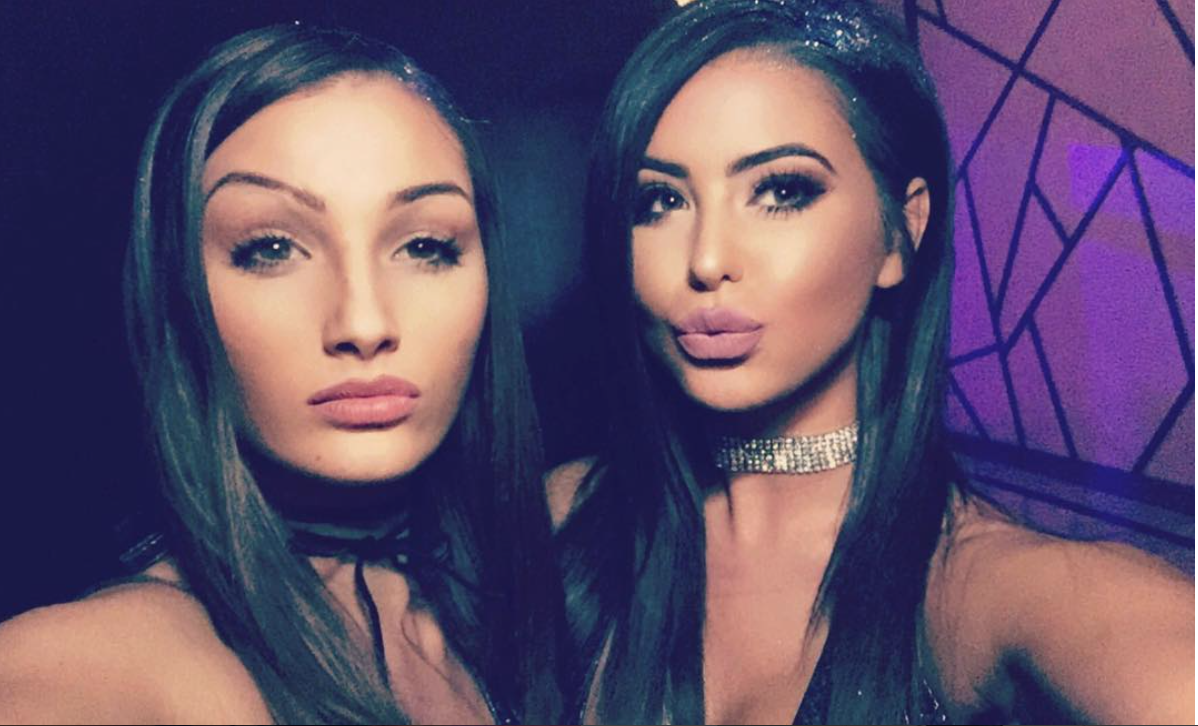 The Monster energy girl isn’t afraid to admit one of the perks of hanging out with Blizerian. 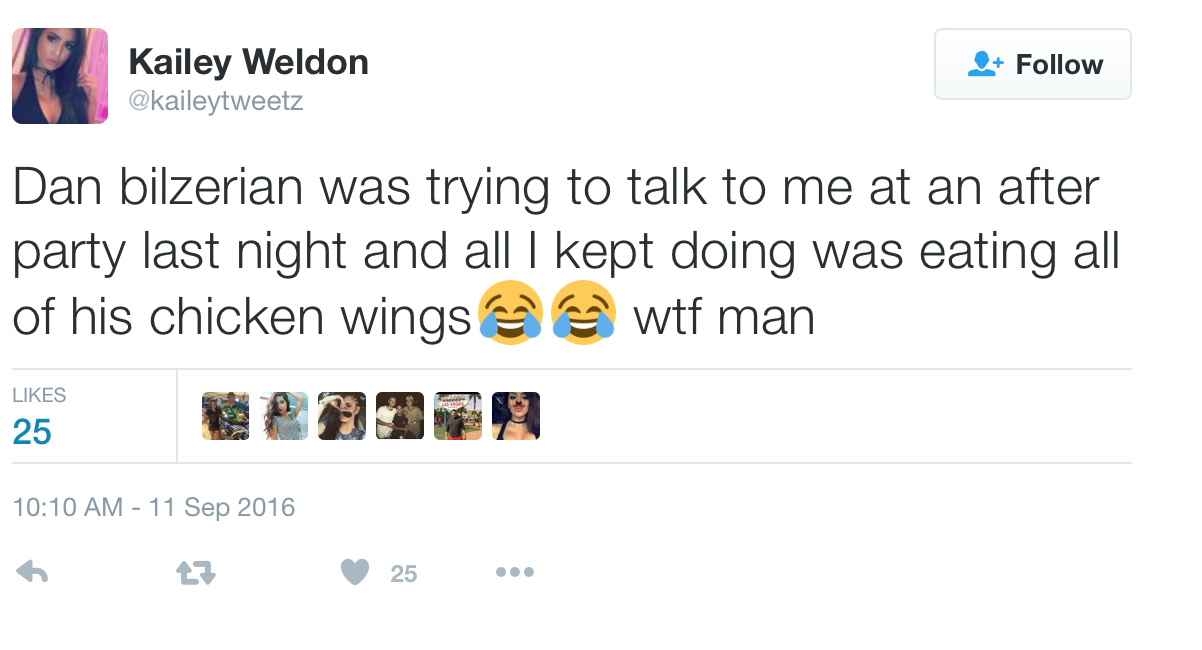 Pelas adds Blizerian has a chef and will feed everyone who comes over to party.

Jordan likes to travel. Blizerian likes to travel. Sounds like a match made in heaven. Especially when Jordan links to a discount hotel booking engine on her Instagram for hotel rooms in over 100 destinations worldwide. We’re guessing she makes some handsome commission for every trip she sells. 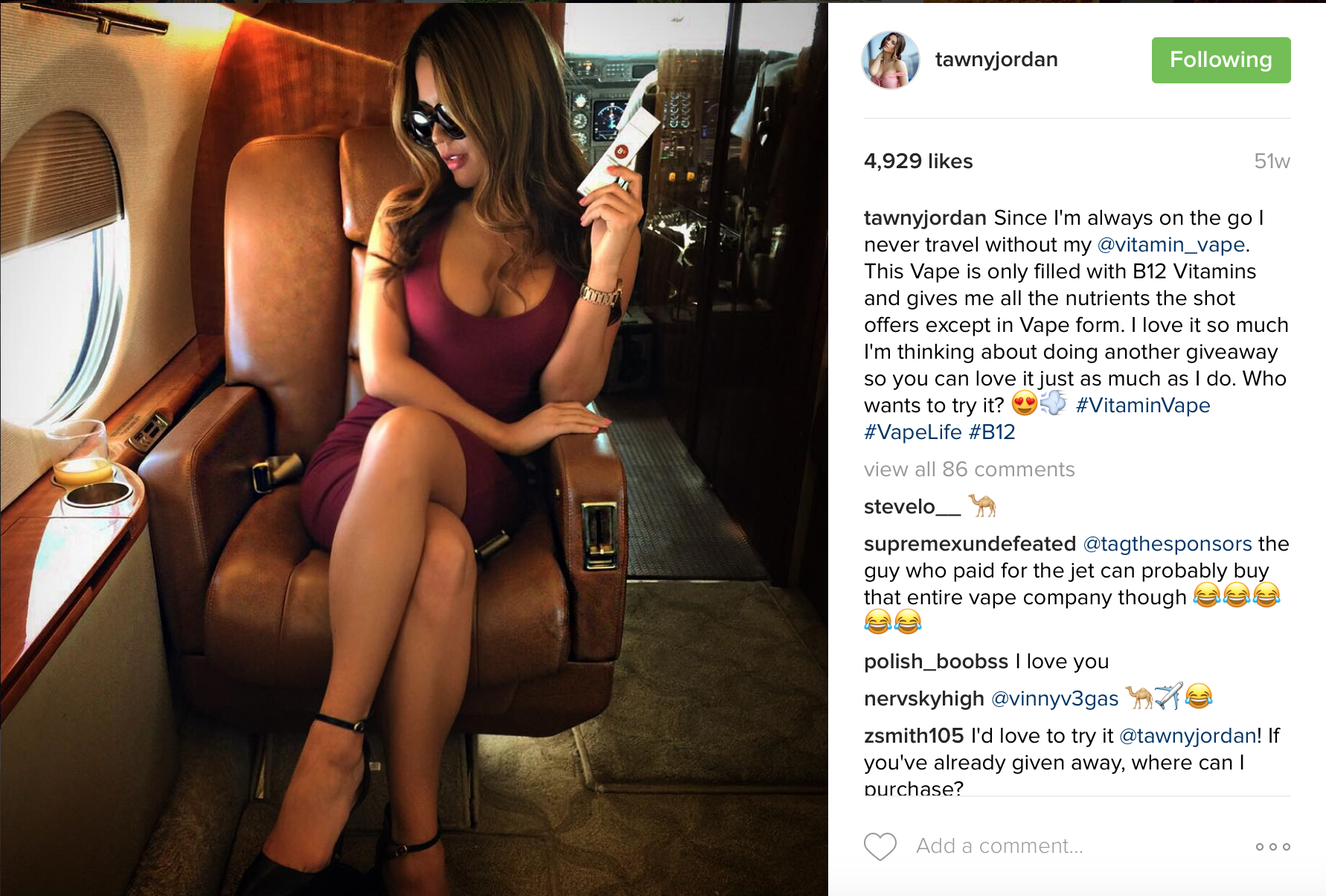 Those extra Instagram followers can’t be bad for business either. Because who doesn’t need B12 Vitamins while flying on their private jet?

The former Miss California and broadcast journalism major aspires to work for E! News as an entertainment reporter. Not an easy job to land, the bilingual beauty is probably privy to the fact it’s all about who you know, and it can’t hurt knowing Dan Blizerian. 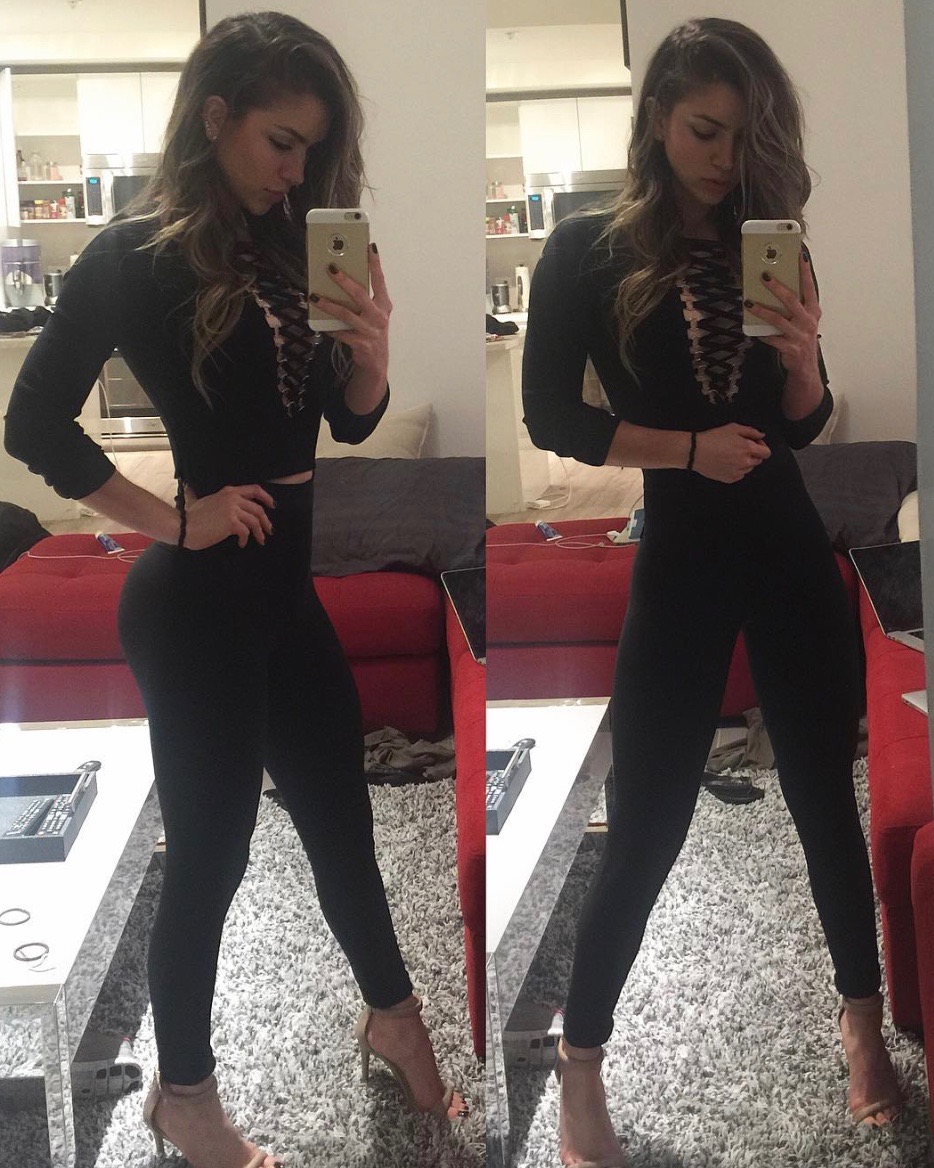 The tattooed model perpetuates her bad girl image in some of the more risqué photos on Blizerian’s Instagram—posing with knives, skulls and even a crocodile. Much like Pelas, she chooses to ignore her haters.

Her bio on her Instagram reads: “I’ve got people talking down on me like like I give a f*ck. Knives get me wet. Self-employed. Odd sense of being kind but looking evil.” 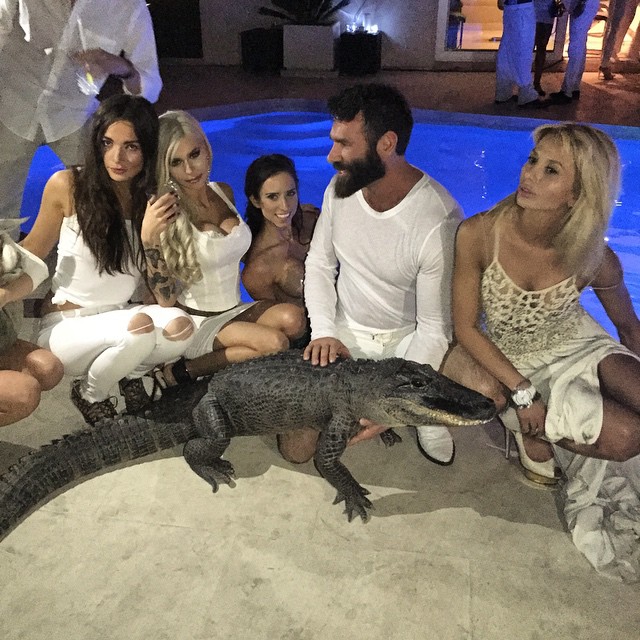 Pelas echoes her thoughts on slut-shaming the women who have used Blizerian’s platform to advance their careers.

“What pisses me off is the fact that because I’ve dated someone in the public eye who’s openly promiscuous and provocative, that I in turn must be the same way,” Pelas said. “I must have low standards and low self esteem and little respect for myself, and it’s the exact opposite.”

Exercises Women Love To See Men Do In The Gym

You Won’t Believe How Much These Instagram Fitness Models Make

Or why not boost your body goals with a fat burner? We list the top supps on the market right now!

Get Chiseled Lower Abs With These Five Simple Exercises